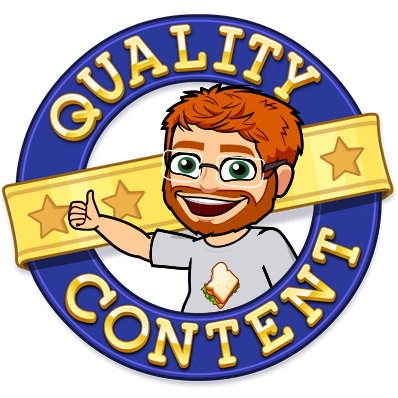 Ben Dowen
Software Adventurer, Quality Explorer, Testing Advocate
Home So you've been asked to do some testing, where do you start?
Post
Cancel

So you've been asked to do some testing, where do you start?

So, you’re minding your own business, enjoying life. Maybe you’re working as a Project Manager, a Product Owner, a Team Lead, or maybe you just happen to work for a University and are the one who knows your Excel from your USB port.

And then it happens. You have the need to Test some software. Maybe it is the new version of a system being rolled out in the office, or it might be the product your team is working on, depending on your context.

However it happened, Software Testing isn’t normally your job, but here you are, being asked to do it anyway. If this is you, read on! I’m here to help.

The first thing I’m here to tell you, is don’t panic! I can’t promise everything will be OK, but I can reassure you that you’re not the first, and won’t be the last person to get this request. And I hope I can give you enough pointers here so you can make a fair job of it. How knows, you maybe even enjoy it.

I recently contributed, via Twitter, to a Blog post by James Tomas Why do they test software. If you want some inspiration on why you might want to test software, beyond having been asked to, I suggest you check it out.

You might also want to consider some definitions of Software Quality, here are a few links that can help you do that:

Start to figure your scope and context

It can be overwhelming starting to test software if you haven’t done it before. One great thing to do early on is to start mapping out your context and understand the scope of what you’re being asked to do. Scope is another what if saying, what is and isn’t included. It is a very different prospect if you are being asked to test a single new feature, or assess the suitability of an entire application or hosted solution.

If the scope of what you are being asked to do isn’t clear, start by making some assumptions and then check these against whomever passed you on this work.

As well as the scope, trying to understand what you will and won’t be expected to do, you may want to get other context.

You should find out:

Choosing what to test

OK, so you now have a potentially scary amount of context. Stay calm! Now you need to choose what to test, or at least what to test first.

We can split this down into parts:

Figure out some things you could test

On anything beyond the most trivial of software applications, there is so much that could be tested that it isn’t possible to test it all, and definitely not quickly enough to be useful.

So our first task is going broad, what could we test? For this, I like to do a number of things that I hope should be very doable without a huge amount of prior experience:

There are many free and paid tools to help build Mind Maps. Miro and FreeMind are popular. If you prefer you can use Pen and Paper, although this is more difficult to do collaboratively if you are not co-located with your team.

Choose the best thing to test next

A Risk Based Testing approach can be very useful, and it is about understanding what might go wrong, how likely it is to go wrong and what impact it will have if it does go wrong.

If you followed the steps above, you have a mind map of some things you could test. Have a think what the impact would be if you found a defect in one of the areas you identified? What impact would it have?

As well as identifying those things that higher impact if they go wrong, also consider how easy or even possible it will be to test. Try and choose something that would be bad if it went wrong, and you have a fair chance of being able to do!

You may be asking by now, what do tests look like? And the answer, of course, is it depends.

There are many different types of tests, the mainly fit into two basic categories:

Test Cases, also known as Test Scripts, fit into the Checks category. While these can take many formats they typically include some common parts:

You make hear these called different things. In the world of Unit Testing, there is the pattern Arrange, Act, Assert and in Behavior Driven Development (BDD) there is the Given, When, Then pattern.

Taking testing notes is a skill, and one worth practicing and learning more about. It is a great start to make notes for yourself, to document what you did for future reference, and help you answer questions when people ask you what you covered in your testing.

For exploratory sessions, where you are not looking at “pass / fail” but instead doing investigative testing to discover information, notes are even more important, because they will form part of the communication back to the team, or others in the project.

For taking notes of exploration, I like to use a very simple template:

What was the intention of this testing session. You could put a charter here, like “Explore

Free form notes, that includes thoughts, questions, answers, things you did and found.

I also like to capture snippets of log messages, any commands I typed, screenshots of things I found interesting.

You can read more about testing notes, and other more structure templates like Session Based Testing:

Being forced to play gatekeeper

It is very likely, now you have assumed the role of Tester, willingly or otherwise, that you will be asked to pass judgement on the release of the product, or acceptance of the service.

If you can resist the pressure to make this choice alone, instead focus on gathering facts (use your testing notes!) and having discussions with the team. Together, you can make an informed choice as to if you should proceed.

There are many myths, legends and misconceptions about Software Testing. Don’t fall for it!

Here are some great place to go for some myth busting:

Starting and finishing on time

How long will it take?

You may well be asked, how long will testing take? While this sounds like an innocent question, there is no one right answer, so don’t feel bad if you don’t have one!

Unless you have prior art, that is you have done a similar thing before, you’re very unlikely to be able to produce an accurate estimation as to how long work will take.

I’m sorry I’m not being much help on this one, mainly because while I’ve been working in testing for 10 years, and tried loads of ways to try and do estimates, they are all awful and they rarely stand up to reality.

I appreciate this may not be very helpful, and if I get some better advice for you I’ll come back and update this article!

When to stop testing

So, you may not know how long it was going to take, but when do you stop?

The answer for this is, again, tricky but you can consider a few things:

Finally I will mention, testing is never really done, until the system you are testing is used for the last time by it’s last user. But what is important, is are you done testing for now, enough to give it to the users to start using?

When is testing done, done?

I like the way Callum talks about being done, in his Exploratory Testing AMA, and I paraphrase “You’re done when you stop learning useful information”.

Of course, you may have a time-box or a deadline for testing a feature. In this case, you may need to set expectations, communicate what you would like to do, and how much you might expect to do within the time available.

This can be especially tricky if you’re also holding down a different role, and testing is just yet another task with urgent priority. Be kind to yourself, learn what you can and work with others make the choice to finish.

Other unanswered questions for another day

I’m confident, because I’ve had good feedback (Thanks sis!) that this won’t answer all your questions. And I appreciate, I may of gone way too deep in some areas if you truly are jumping in for the first time, or in a non-testing role.

Here are some topics I may visit in the future, and when I do I’ll update this article, or link to the new one:

How to
testing beginner
This post is licensed under CC BY 4.0 by the author.
Share
Recently Updated
Trending Tags
testing quality automation community agile devops software tester of the day about ama
Contents

The Future of Software Testing

This post is part of the Ministry of Testing Bloggers Club, the August topic is “The Future Of The Tester Role”. I will give you a brief insight into my Past and Present as a Software Tester, and ...

How to test anything in 5 steps

How to test anything: Capture what you know so far and build a model Review the model with others, identify what is important Explore by running experiments to learn what you don’t know U...

How to make a start with Test Automation

Sometimes, people ask me how to make a start in Test Automation, or as you might correctly hear it called automated checks. While there is no one answer, because of course it depends, I can pose so...

Who is Ben Dowen, The Full Snack Tester?

Ten years in testing, ask me anything!